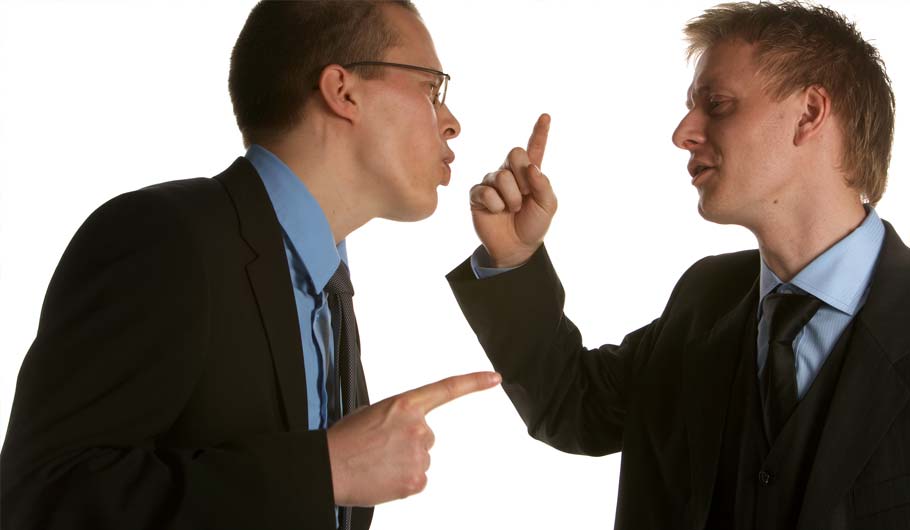 
One relatively new and surprisingly under-utilized tool available to HR managers that may help them significantly with increased morale, better retention, and enhanced engagement from their current employees is a well-planned and executed exit interview. Whenever anything comes to an end in business, be it a project, a challenging crisis or a relationship with a vendor or client, an honest post-mortem is required to learn lessons that may improve practises going forward. This holds true for when an employee leaves, as well, whether the worker is leaving on their own accord or was nudged out the door.

Why we don't wanna do them

There are a number of reasons many companies might avoid exit interviews. These may include:
Inviting criticism seems counter-intuitive to good PR.
Time spent with departing people is viewed as a waste and would be better used focusing on the incoming talent.
Some employers see departing employees as nothing more than a bad investment that needs to be written off as soon as possible in order to move forward.
HR specialists may feel upper management is closed-minded about change anyway so there would be no point to the process.
Many employers discount anything negative that is said by departing employees because the management group may chalk up every complaint to a bad attitude rather than being genuine concerns that are privately held by more than just the out-bound worker.

Why we gotta do them

The inescapable fact is, however, that ignoring the opinions of those on their way out, closes the door on one of the most honest appraisals a company can get about their culture, their practises and their personnel.  Employees who are moving on are more likely to provide honest perspectives about what the company gets right and areas where it is lacking than any other available cohort. Current staff members may believe, in many cases quite correctly, they must be more circumspect about their responses than those being offboarded. Here are some other important reasons conducting exit interviews is vital to any organization.:

A positive exit interview may reduce or eliminate any resentment or ill-will that an ex-employee may hold for the company. People often remain in the same field as they already have experience in, so leaving the company doesn't necessarily mean they are leaving the industry. Maintaining professional relations with others in your industry is simply good business.

Information may come to light during the exit interview that may lead to an understanding about a misconception the employee may have erroneously held that can be set aside, allowing him or her to change their mind about leaving.

A skilfully conducted exit interview, even with the terminally disgruntled, will net revelations about areas a company needs to improve in from a worker standpoint. Make every effort to steer clear of personalities, though and focus instead on specific behaviours that led to dissatisfaction. Behaviours can be changed much more easily than people can.
One of the most prevalent complaints workers have with management is their lack of communication and not having exit interviews is a sterling example of such a lack. Businesses that have strong onboarding, retention and exit interview policies and procedures in place encourage workers to believe their opinions matter. Every effort must be made to show staff that when issues are identified, steps are taken by management to address them, not ignore them.

Why those leaving should embrace the exit interview

Although engaging in exit interviews or filling out offboarding questionnaires are voluntary for those on their way out the door for whatever reason, there are many good arguments for doing so.

As mentioned, maintaining good relations with colleagues and competitors alike is good business for companies but is just as important for individuals. Most industries are small and everyone in it knows everyone else. Preserving good relations with your old company only makes sense. Besides, no one knows what the future may bring and you could be back looking for a job at the place you just left some day. No sense burning bridges.

Presumably, unless a person is a total jerk, they have probably made some friends in the company during their tenure there. Offering suggestions during the good-bye process, on how to improve the lot of those who remain with the company, would be doing those friends a huge service.

Engaging in the exit interview in a positive fashion may have an impact on the content of any letters of reference that may be written to help with your future job searches. It is through the reference system that previous employers do maintain a modicum of influence on their ex-employees and it is a wise worker who doesn't fail to recognize that reality.

Above all else, maintain professionalism. Do not engage in name-calling or try to damage someone's reputation. If you come across as a whiner, or someone with an axe to grind, even your most perceptive comments may be discounted as being from a disgruntled employee and not worth consideration.

Be clear as to why you are leaving. If your new company pays better, has superior benefits or simply just a shorter commute, your soon-to-be ex-employer should be made aware of it. It may not help you but if the company acts on a point you make, better wages, for example, it may lead to better pay for those who remain. If it has little to do with the company, such as the commute issue, they need to know that, too.

If you are being let go from the company, it still is in your best interest to be as honest and professional in your responses to the exit interview as possible. An in-depth conversation about why you didn't meet the company's expectations can be a real growth experience no matter how painful it might be at the time.

What shall we talk about?

Of course exit interviews may change depending on the industry and the type of work being done. Although the list of questions may need to be adjusted to be salient to different professions, for the most part, they will be variations on the list of exit interview queries featured on the HR Council of Canada's website here http://hrcouncil.ca/hr-toolkit/keeping-people-exit-interviews.cfm You don't need to ask all of these questions but you do your company a disservice if you don't ask any.