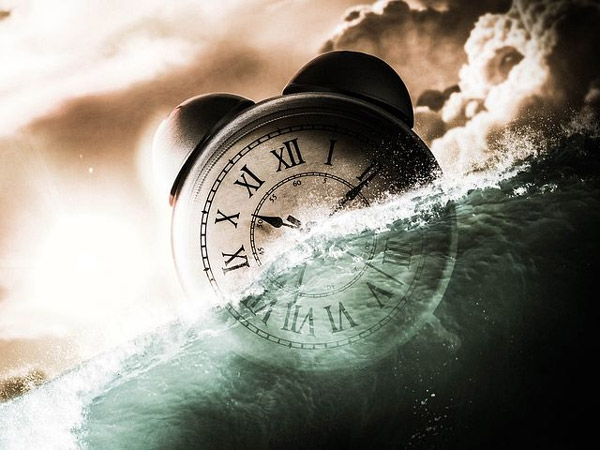 How Hiring Has Changed in 30 Short Years

It's All About Legalities

Thinking back on one of my very first job interviews, I am amazed at the changes that have occurred in hiring procedures and corporate human asset management over the intervening thirty-plus years. I was a young adult back then, with a resume thinner than a "Big Bang Theory" plot. I had applied for a position as a shipper/receiver at a multi-national fastening company, which had a small sales and service outlet locally.

"Experience is an Asset" (but not that big of a deal)

My total work experience to that point was as a summer student for the tiny town I lived in. I was a labourer; scything the grass in ditches and the weeds at the sewage lagoon (since everyone needs a pretty sewage lagoon). Any tasks the permanent staff felt were beneath them were inevitably thrust upon us poor summer students who were at their whim. The job did nothing to prepare me for my next career move, I had zero knowledge about either shipping or receiving and the thought of driving a forklift daunted me terribly, I tried not to let on that I was pooping bricks at the prospect, however.

"On-the-Job Training Offered" (after a few decades or so)

"It's no big deal if you're careful," said Maurice, the company's service manager and warehouse supervisor. "If you can drive a car, you can drive a forklift." So I did.
I was with the company for a good two decades before anyone within the company brought up forklift certification for safety training and risk liability exposure reduction. In fact, I didn't take my initial forklift certification course until a full quarter century of operating the monstrosity.

It's Never Too Late for Due Diligence

Ironically, I had already attained the lofty level of warehouse manager by this time and rarely used the machine anymore. When I started with the company, however, it was a much more loosey-goosey age where it didn't seem like the concept of 'due diligence' had yet been dreamed up (probably by personal injury lawyers or others of their ilk).
As a tiny cog in a multi-national conglomerate, the local supervisor needed to bring their HR people at head office into the hiring process. This was accomplished by sending them a job application, which Maurice had me fill out. I was mystified why they would need a job application considering I had already been working there for a few weeks. The application was mailed to the head office, along with my resume, and was likely filed somewhere unremarkable; soon to be forgotten, if it had been kept at all.

"You Must Tell Us Everything!"

Both the job application and the resume contained all the basic questions asked at the time, including age, marital status, place of birth as well as my height, weight and a few health-related questions thrown in for good measure. Of course, nowadays those kinds of details are not to appear on job applications due to privacy and fairness concerns. Currently, the only place people trust with such ultra-sensitive information is their social media accounts, like their public Facebook profile.

Neither the management in the local office nor HR at HQ were worried about my lack of knowledge regarding the job or my unfamiliarity with multi-ton, double-mast forklifts. Over beers in the coffee-room after work (another common practice of that bygone era that is now strictly verboten), Maurice confided why he chose me over the 137 other candidates who had applied; many who actually had warehousing experience. Apparently, he had been impressed with the fact I was one of the few candidates who had been born in Edmonton, like he was, and hadn't come to the province to "steal real Albertans' jobs". He also liked that under "other skills" I had written "company morale booster" since I enjoyed a good joke as much or more than the next fellow. Plus I had included a humorous reference letter I had ghost-written on behalf of my Mom.
If Maurice had adhered to laws that are on the books now, there is no way I would have been their chosen one. Lucky for me, this was long before "negligent hiring" lawsuits had become a thing. Laws forcing employers to reveal to unsuccessful candidates why they weren't hired were also years away. People knew if they didn't get a job they applied for, they didn't sue, they just kept looking elsewhere for employment. No one had to justify their hiring choices.

The Change of Life

So what has happened to the hiring process during those thirty years that, by the way,  passed by in the blink of an eye? For good or bad, the process is far more complicated than it was back then although arguably much more fair. It seems clear it's not just hiring processes which have changed but society as a whole.
The biggest difference between then and now is that our culture has become a great deal more litigious. People are much more likely to sue companies in the event of lost-time accidents, workplace violence/harassment or failure to be hired. Onboarding managers actually have to check references and establish that credentials claimed on a CV were actually earned.

The Beer Years Are Long Gone

This same willingness to file suit against employers has also changed other facets of the work world. As mentioned, having beers after work on company property is now just asking for legal woes. Many companies are making sure all their staff events are either free of liquor or cab rides home are offered, even pointedly encouraged, to prevent a lawsuit should a worker have a DUI collision on the way home.

A Change for the Better?

Although the new rules often make the relationship between management and their workforce more formal and rule-heavy, they also serve to level the playing field. Bosses can no longer hire whoever they like and make them do whatever they wish. For employees who were once looked on as chattel of the company, they are now viewed almost like independent contractors and peers. For employers in the new millennium, it may mean more money spent on higher standards of employee interaction but for the workforce in this new age, it means more fairness for all.