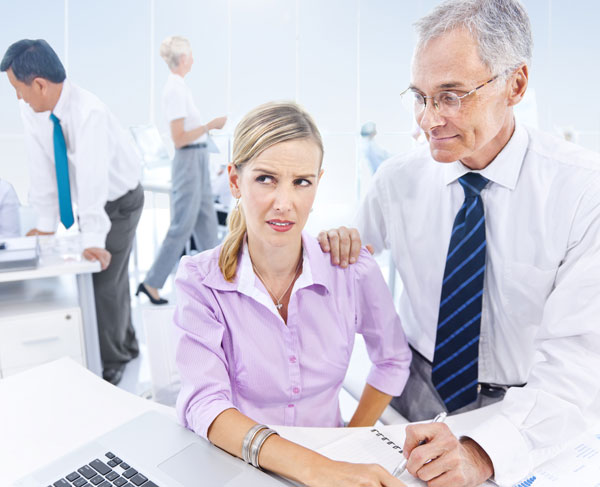 The right call is to be fair to all


Recently in Canada, sexual harassment in the workplace has become front page news due to the high-profile incidents with some of our Members of Parliament, as well as the allegations, as yet unproved in court, concerning CBC radio host, Jian Ghomeshi. Given the many voices joining the national conversation about sexual harassment and anonymous allegations, it may be timely to examine employers' responsibilities toward both complainants and those accused of misdeeds.

Upon the receipt of allegations against another employee, the company is responsible to investigate as fairly as possible. Trying to minimize the impact of unwanted attention by characterizing it as inconsequential is short-sighted. Failure to take all complaints seriously may exponentially increase the likelihood of a harassment case to be levelled against the company. This can cause morale issues, internal polarization of the staff and a poisoned corporate culture.

The investigative process to be used should be similar, whether the allegations are anonymous or not. It is in the company's best interest to fully examine, to the best of their ability, accusations of impropriety. There can be many reasons for a person to not want their name to be revealed when making the allegations including fear of reprisal, shame or even malevolence. The truthfulness of the allegations cannot be decided simply because the complaint is anonymous.

Unbiased, private interviews with all known parties must be done and detailed notes must be kept of what was said. It is advisable that an impartial third party be present during the interviews to provide corroboration of what occurred in the interview. This is a time for asking questions and seeking information, not in picking a side.

If an employee wishes to have their name kept confidential, it is important to try and accommodate that wish, especially in an informal investigation. However, the employee must be made aware the company is under no legal pressure to do so, particularly if the investigation transforms into a formal one. It is unwise to promise any specific actions at this stage of the process.

As much weight must be given to the person making the allegation as the person the allegations were made against. False accusations do happen for a host of reasons, including misinterpreting words or actions, an attempt to discredit a competitor for advancement or other personal reasons. The courts will likely punish companies that were demonstrably predisposed to believe one side over another.

Any person who was mentioned in the interviews that witnessed or experienced incidents that lend credence to one side or another, must also be privately interviewed. All employees interviewed as potential witnesses to the harassment event must be informed there will be no retaliation against them for honest answers. However, investigators must clearly spell out that demonstrable dishonesty, could lead to dismissal.

If the person who is accused of impropriety is in a position to have contact with the complainant, it is advisable to suspend the accused with pay for the duration of the internal investigation. Suspending the accused without pay, however, will be seen by the courts as an assumption of guilt by the company and may hurt the company's defence should the matter become an unfair dismissal case.

It is essential that the company must not only deal with the accusations fairly but also to be seen to be acting fairly. If a company isn't large enough to have an HR department with training in proper personnel investigation techniques, an impartial outside investigator is recommended.

Allegations must be managed quickly but not judged rashly. The best way to accomplish this is to already have policies in place that employees are made aware of during their onboarding experience. Ideally, everyone should be cognizant of what to expect in the event of an accusation being levelled.

Investigating impropriety and dysfunctional interpersonal relationships is never fun but being vigilant about even-handedness will go a long way to sparing the company potential harm financially and to the brand. The risks of inaction or a response prejudiced against one side or another are great. Honesty and fairness, as usual, are the best policies.