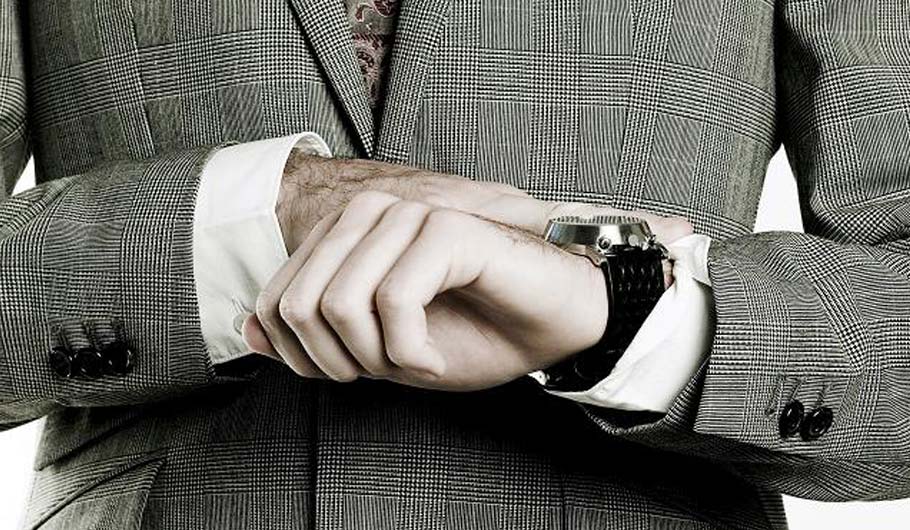 Punctuality in the Workplace; Excuses, Excuses


"(All) the while we keep a man waiting, he reflects on our shortcomings." - Proverbs

I recall, eons ago, when I was a warehouse manager for a large multi-national tool and fastener company, we had a guy, Ed we'll call him, who was often late for work by about 10 to 15 minutes. In a private conversation with Ed, he explained that he had to rely on the local bus service to get to work and that if the bus hit his stop early or he was just a little late, he would miss it and have to wait another quarter of an hour for the next one. He was not very interested in catching an earlier bus as that would mean having to wait outside until a keyholder showed up, sometimes in inclement weather.

There are two facts about Ed which are important regarding his punctuality issue. Firstly, Ed was not a key holder. There was very little real difference in any aspect of the company's operations if he was there ten minutes too soon or ten minutes too late; either way it didn't much matter in the big picture. He was never one to watch the clock and, being very task driven, often worked through breaks without any hope of a reward.

The second fact salient to Ed's situation was that I was quite certain if I made a big deal of Ed's ten minutes here and ten minutes there, Ed would be far less inclined to stay an extra ten minutes at day's end to finish loading a late truck or whatever else might keep him. In fact, the only reason I asked about his tardiness was out of curiosity. Being diligent in every other aspect of his work life, I had to know why there was an issue with this one factor. I had no problems with his production nor his attitude. The other guys in the warehouse knew about Ed's bus issue and would have sided with him if I had tried to go all rule-guy on him. Ed's flexible start time wasn't so much a problem as it was a tolerable reality.

Ed was lucky in that in his workday, when he spent the eight hours was virtually irrelevant. This isn't always the case. In fact, there are a number of factors that make a huge difference whether a company needs to focus on punctuality or not. The might include such aspects as:

If the answers to these question demonstrate the company isn't unduly affected by the small bit of wiggle room provided these people, why be strict? Obviously if the ten minutes becomes twenty, then thirty, that is another issue entirely and leniency will not help. However, if employees see you standing on policy when logic suggests another course to follow, you will stand to gain little but possibly lose plenty.

"The dog buried my SmartCar in the back yard." Stupid late excuse #847

The fact is that in many companies, punctuality is a big thing; even something you can get fired over if you lack it, but it doesn't have to be. Strictly speaking, in fairness to business, when the start bell sounds, you should be at your post already working, not still pouring a coffee, snagging the last donut or talking with a buddy about the big game from the previous night. However, in many a corporate culture, this is not the case. People tend to saunter to their posts, not skedaddle. Unfortunately, trying to change the culture may do more damage to morale and productivity than you might gain from the extra five minutes of desk-time you bludgeoned from the chastised employees.

"I walked into a spider web on the way out the door and couldn't find the spider, so I had to go inside and shower again." - Stupid late excuse #57

Part of the problem with dealing with lateness is that poop happens. A recent study suggests 27% of the workforce in North America show up late at least once a month. Of these late arrivals, an entire third attributed it to traffic woes, 24% blamed lack of sleep due to a rare situation while ten percent blamed it squarely on their kids. The excuses for lateness run from the sublime, "In this day and age, we shouldn't need labels like 'late', to the ridiculous, "Sorry I'm late. Got breakfast at Taco Bell and I had to buy new pants."

Bosses that try and put their foot down will only meet a limited amount of success because, no matter what, life intrudes on all of us. We can get up earlier, leave earlier, do all the things the bosses suggest but still end up being late on occasion.

"I had a severe allergic reaction to the alarm on my clock." - Stupid late excuse #1439

There is no doubt that in a number of workplaces, punctuality is a vital aspect to an efficient and well-managed business. Those employees that cannot be trusted to show up on time every day (other than when truly exceptional circumstances occur) create intolerable situations for fellow employees, customers and managers. However, this is not the dynamic in the majority of companies. With the freedom and flex-time loving Gen-Yers becoming the majority of workers in the years ahead, compromises will have to be sought to retain these loyalty-averse workers. Beating them up over chronic lateness will ultimately be counter-productive. Carrots may be much more effective; a monthly draw for a gift card for those with perfect punctuality every week or every month might help. Mostly, however, managers have to ask themselves if this is really a hill worth fighting for.

"Coffee shops should have a separate line for people who are late for work." - Anonymous

One strategy that many repeat offender latecomers use to avoid being chastised or otherwise punished for their tardiness is to bring donuts along with them and claim to be only late due to stopping for the morale boosting baked goods. I have even used this gambit myself successfully but there are some limits to it. It can't be habitual, for example, and your arrival time can't be hours after you should have arrived. Of equal consideration, too is how much the boss likes donuts.

Lateness rule #1: If you lie to your boss that you were late due to a flat tire, the next day, you will really have a flat tire.

Here are some other employee excuses for being late to the office. Unbelievably, some are actually true.

I forgot we had moved locations and went to our old address. Did you know it was a flower shop? These are for you!

The Procrastinators Club was holding their weekly meeting at Tim Horton's and I was in line behind them.

"It was so foggy the birds were walking."

"I thought there was a blizzard. I guess I just felt your cold soul."

"My heat was shut off so I had to stay home to keep my snake warm."

"I got distracted watching 'The Today Show'."

"I was attacked by a raccoon and had to stop by the hospital to make sure it wasn't rabid."

"I squeezed all the toothpaste out of the tube and spent ages putting all of it back in."